Hello and welcome to my website! Ever since I was a young girl I adored everything Victorian, from houses to clothing to horse-drawn carriages. It was a pivotal time in history and one I love to become immersed in. Lady Lost is the third of my Lost Heiresses series. My Lords and Ladies Series is comprised four loosely-tied books. You don't have to read them in order, but if you do, you'll recognize some old friends.

When a Duke Says I Do

When a Lord Needs a Lady

Did you miss the Lords and Ladies series? My goodness, why would you do that?

The Brides of St. Ives

Did you miss The Bad Luck Bride or The Earl Most Likely, the first two book in the Brides of St. Ives series? Oh no! Thankfully, you can still read them. Phew!

Coming August 2018, the third in the series: Diamond in the Rough

Awards and spent a few days and some late nights meeting rap, R&B and kuduro superstars from across Africa: names like Banky W, Fally Ipupa, Daddy Owen, Cabo Snoop and Radio & Weasel, from Angola to Uganda, Democratic Republic of Congo and beyond, all huge stars in their own countries, selling truckloads of records despite rampant piracy and a rickety music industry. These guys are kind of the Jay Zs and Snoops of Africa, basically. 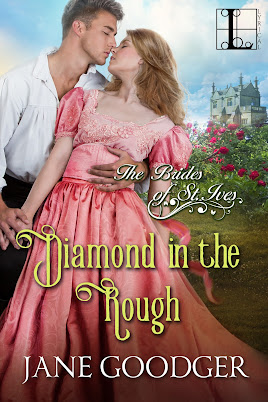